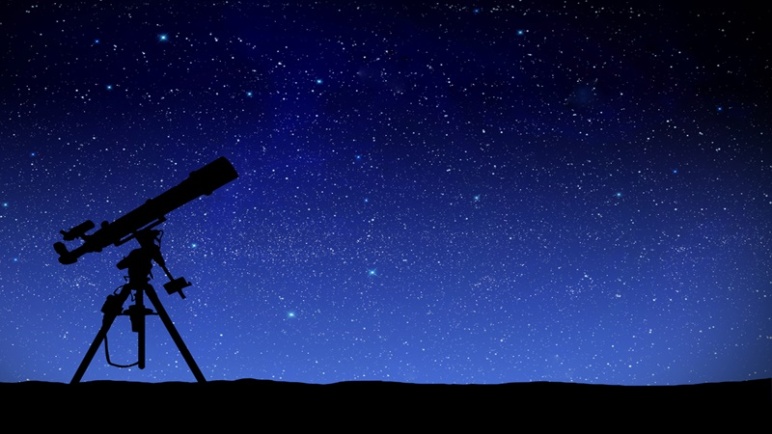 I was recently invited to attend an astronomy evening in Swanage, Dorset. As you can imagine, I didn’t have to think twice – an evening watching the night sky with people, who were equally fascinated and captivated by the stars as I am, who can say no?

The evening kicked off with with a lecture from Bob, a member of the Wessex Astronomical Society. He quickly explained what we are about to see and made sure we all knew there was hot chocolate available (just when I thought the evening couldn’t get any better). Following the presentation, Bob touched upon a subject that is close to astronomers’ hearts – light pollution. It is of great significance for people to understand the consequences of too much light pollution – interferes with astronomical research, disrupts ecosystems and washes out starlight, to name a few. However, this is a subject for another time.

Outside of the lecture hall, astronomy lovers were setting up their telescopes so we can see The Moon and Saturn up close. I do have a telescope of my own, but compared to the gear I saw there, my 76EQ Astromaster looks like a first grader or pre-serum Steve Rogers.

We had a small window to see The Moon because it was about to disappear below the horizon. It is breathtaking to see Earth’s satellite through a telescope, it is simply stunning.  I’ve attempted to take photographs of The Moon through my telescope, but none come even close to showing the true magnificence of it. 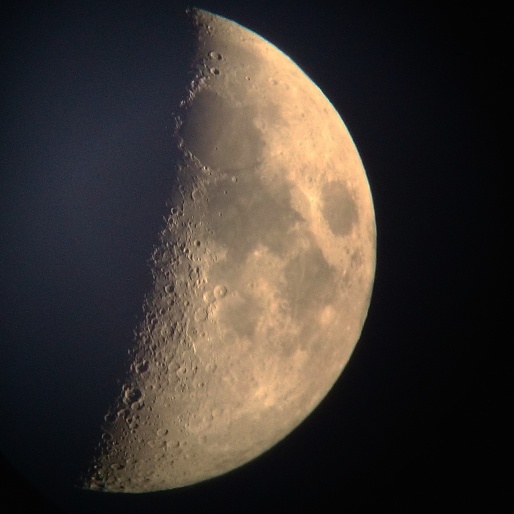 Next stop – Saturn, The Jewel of our Solar System. What a beauty. Saturn is the second largest planet in our system and is the only one to have rings (I don’t think we are counting Jupiter’s tiny and barely visible rings). The radius of this gas giant is nine times the one of Earth and it’s 95 times more massive. Saturn’s ring system consists of nine continuous main rings and three discontinuous arcs. The rings are made up of ice particles, rocky debris, and dust.

This was the first time I’ve seen Saturn through a telescope and it was remarkable. The rings were clearly visible and distinguishable and it genuinely felt like a “wow” moment.

While half of the group was still admiring Saturn, a few telescopes were pointed towards The Plough, also known as The Big Dipper. We were about to see a double star up close – Mizar and Alcor, the famous double star in the Plough’s handle. The starlight was so pure, clear and graceful that we were rendered speechless.

The double star is often called the “the horse and rider”, or “Jack on the middle horse” in England. We could only see two stars, but in reality, there are six. A long time ago, it was discovered that Mizar consists of two sets of binaries, making it a quadruple star. In 2009 astronomers reported that Alcor is a binary system in itself  – consisting of Alcor A and Alcor B. It is now believed that the binary system Alcor is gravitationally bound to Mizar’s quadruple system – making six stars in total.

After that, Bob was kind enough to show us the main constellations in the sky and didn’t disappoint when it came to old legends and Greek Methodology. For example, did you know that the reason the autumn leaves turn red is that there is a bear in the sky? According to Greek myth, the handles of the Plough (part of Ursa Major) are actually hunters pursuing the bear. The hunt lasts from Spring until Fall, when the hunters’ arrows pierce through the skin of the bear, causing the leaves to turn red in the fall. To hear a story like this under the stars is truly entertaining.

Stargazing is even better when you have someone to share it with and I didn’t fall short. I had the privilege of attending the meeting with the talented artist – Kathryn Thomas. Her original oil paintings have inspired many people throughout the years. I have become a great admirer of her work and I feel quite lucky to have met her. Find out more about her work here.

As the night fell, we could see the shining band of the Milky Way stretched across the sky. Seeing the Milky Way with the naked eye is mesmerising and awe-inspiring, and something that everybody should experience in their lifetime. Looking at the Milky Way always makes me think about the world we live in, and how small and insignificant our troubles are. Imagine all the stars, stellar nurseries and remnants, solar systems and galaxies out there. Imagine all the planets that can potentially sustain life. Imagine what would be like if interstellar travel was a reality.

2 thoughts on “Eyes in the Sky”